Price
$ $
Availability
Dragon series kukris are kukris engraved with dragons on both sides of the kukri. It is purely hand made carving done by skilled craftsman using only domestic tools to show more craftsmanship on the blade. Dragons spiritually believed for wealth, health, prosperity and power although influenced from China is very much believed by Nepalese also. These dragon carving are done in many sizes from 4" to 36" blade. Here are some few names of kukris Khukuri House Thamel do carvings on. Paper knife, biltong, super mini 6", mini jungle, sirupate, bhojpure, angkhola, long 18" sacrificial to name a few. However, this house can carved army kukris too but only on order or request as we intend to keep the army kind as real as it must be.
Product Compare0
Quickview 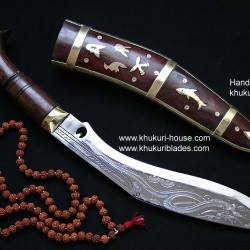 New
Model: Dhankute Wooden Dragon
Dhankute Wooden Dragon
Dhankuta is a village located in Eastern part of Nepal and this type is made only in this village. People mostly use it as a decorative piece because of its elegant and delicate look therefore it is named as Dhankute decorative. The skilled craftsmen from the village make special scabbards from indi..
$79.99
Ex Tax:$79.99
Add to Cart
Add to Wish List
Buy Now
Quickview 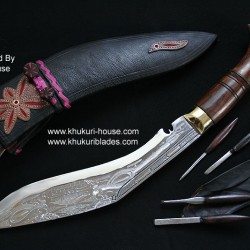 New
Model: Ganjawal Dragon
Ganjawal Dragon
This is a very old kukri and very famous among farmers and villagers in the remote eastern Nepal. Unlike other kukris, this kukri has a number of small tools along with the basic sharpener and small knife at the back of its case used for different purposes thus making it handier and special during t..
$79.99
Ex Tax:$79.99
Add to Cart
Add to Wish List
Buy Now
Quickview 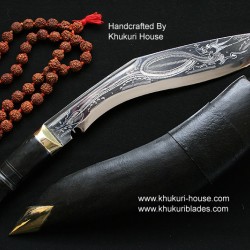 New
Model: Historic Dragon
Historic Dragon
This khukuri is a very famous knife among tourists and collectors because of the fact that it was actually used by Gurkha soldiers/army during world wars. It is the exact replica that was used in the world war era. This khukuri/kukri knife played a very significant role in creating the history and t..
$64.99
Ex Tax:$64.99
Add to Cart
Add to Wish List
Buy Now
Quickview 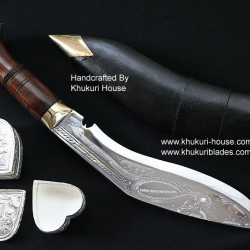 New
Model: Mini Jungle Dragon
Mini Jungle Dragon
It has been named so due to its size. It is very useful in jungle hiking and is on high demand by trekkers and hikers as its handy size makes it easier to carry around and performed jungle tactics effortlessly .It is also used for domestic use and for gardening purpose. It is not a military dem..
$39.99
Ex Tax:$39.99
Add to Cart
Add to Wish List
Buy Now
Quickview 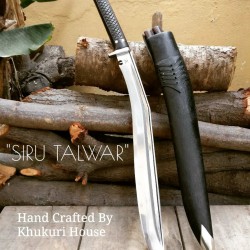 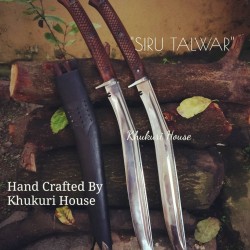 Model: Siru Talwar
Siru Talwar
Product DescriptionThe latest new creation from this House, a Sirupate Sword or Talwar with a 2 handed grip handle, world's first. A custom ask from a customer led in making of this one of a kind Khukuri sword which is beautiful in every way you look at it, the feel of this as a weapon or as a tool ..
$124.99
Ex Tax:$124.99
Add to Cart
Add to Wish List
Buy Now
Quickview 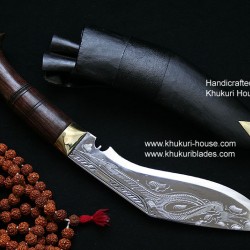 New
Model: SMJ Dragon
SMJ Dragon
This is the smallest working kukri manufactured by Khukuri House Thamel. The blade measures six inches and therefore the name. It is very light yet very effective and most important, it is very easy to transport. It is also the replica of orginal Nepali Bhojpure kukri. Because of its cute size, it i..
$34.99
Ex Tax:$34.99
Add to Cart
Add to Wish List
Buy Now
Showing 1 to 6 of 6 (1 Pages)