Army kukris series are the series of kukris Gorkha Army used from ancient times that put themselves into the history book to the mordern day issued kukris. They may differ in shape and sizes but the way they were made then and now remains unchanged and so does the only motive when pulled out must taste blood. "Kill or get Killed". Army Kukris series comprise of Jungle Kukri for combat and training, Service No 1 kukri on enlistment, Service Ceremonial kukri for special accasion parade (Modern day), Historic kukri issued in world war I and II, Aaitihasik kukri issued to the Gorkhali army in the 18th century, Nepal Army kukri issued to Nepalese Army during enlistment, Nepal Police kukri to Police forces during their service and Regimental Kothimora for retiring officers from the army. 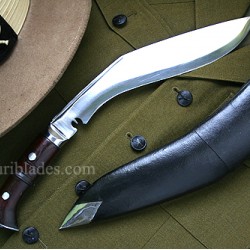 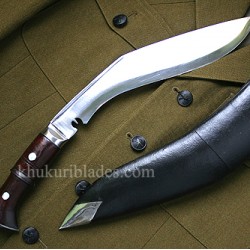 Model: Historic (Improved)
Historic (Improved)
Based off our famous "Historic" khukuri, this model is the improved version. With the introduction of a flat tang blade, this kukri is stronger and more robust than ever.The Historic (Improved) traces its lineage back to the Mk II, which was in production from 1915-1944. It was this blade that struc..
$54.99
Ex Tax:$54.99
Add to Cart
Add to Wish List
Buy Now
Quickview 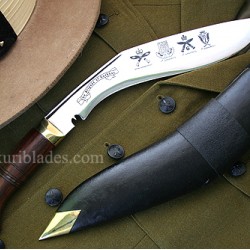 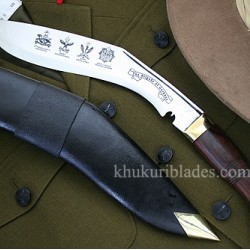 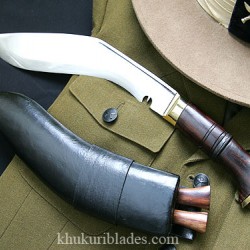 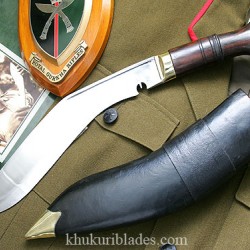 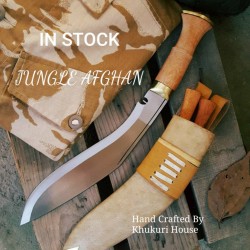 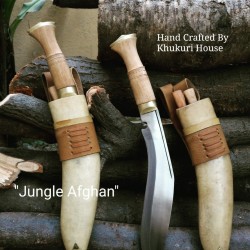 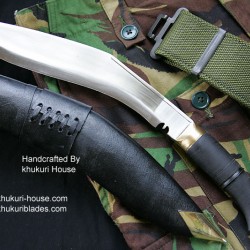 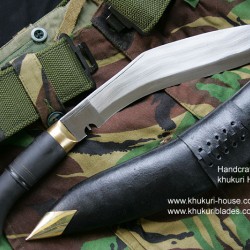 New
Model: Jungle Warfare
Jungle Warfare
It is a totally unpolished full- size khukuri/kukri used for jungle warfare. It is designed for rough use so no finishing is done on the blade. Also, the unpolished handle gives user better grip, easier to handle and the blade will not shine and be seen as they are not polished. It is an optional kn..
$44.99
Ex Tax:$44.99
Add to Cart
Add to Wish List
Buy Now
Quickview 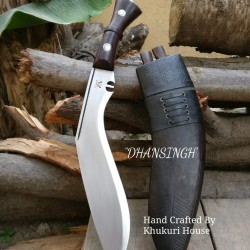 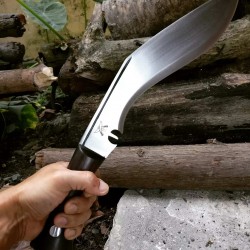 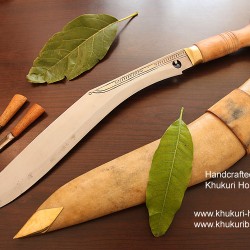 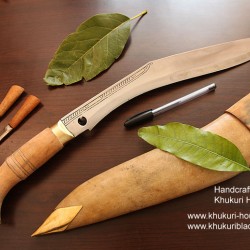 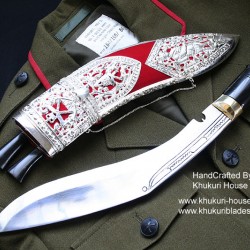 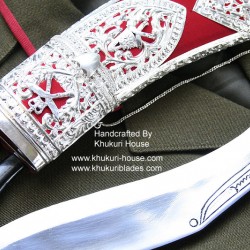 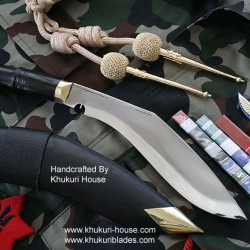 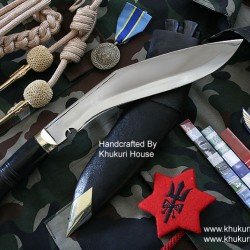 New
Model: Nepal Army
Nepal Army Kukri
This khukuri/kukri is issued to Nepalese Army on enlistment and they retain it throughout their army career. It is a part of their armor and well looked after until they retire and a prize possession after retirement. This khukuri/kukri must have played a great part and been a great companion during..
$44.99
Ex Tax:$44.99
Add to Cart
Add to Wish List
Buy Now
Quickview 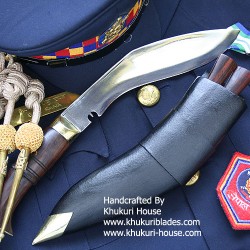 Model: Nepal Police
Nepal Police
Khukri being the national knife of Nepal, it is issued to all Nepalese forces including the Nepal Police. This khukri is slightly different than issued to the army. It is a little heavier, more curved and with a bit more widht making it more effective during use. Rosewood is used for the handle. The..
$39.99
Ex Tax:$39.99
Add to Cart
Add to Wish List
Buy Now
Quickview 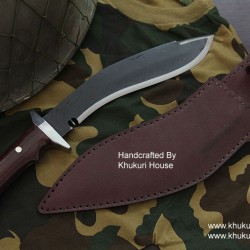 New
Model: New Nepal Army
New Nepal Army
Product DescriptionThis new khukuri could be the next Nepal Army issued khukuri. They had it designed and this House was happy to craft for them and it has become a great new blade but yet to be approved by the Nepal Army officials. Its time they change the old style.Blade length: 9 inchesHandle: 4...
$79.99
Ex Tax:$79.99
Add to Cart
Add to Wish List
Buy Now
Quickview 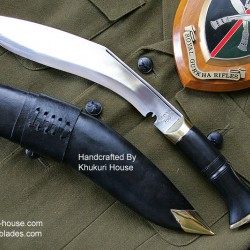 New
Model: Service No 1 Khukuri
Service No 1 Khukuri
Among all khukuri/kukris, the Service no.1 is the most famous because of its close association with the Gurkha soldiers. It is issued to all British Gurkha soldiers on enlistment and they retain it throughout their army career. This knife is used during regular parades and also worn on duty. The bla..
$49.99
Ex Tax:$49.99
Add to Cart
Add to Wish List
Buy Now
Showing 1 to 12 of 12 (1 Pages)